One of the things which causes us to say God does not exist is because  He can appear absent when He is most needed.  Bad things happen to good people, good things happen to bad people and we cry out from the depths of our being Why?  How can God be good or real if He allows such terrible things to happen?

Very bad things happened to the early Christians of the first century.  Unspeakable horrors were visited upon them. Writings of the time testify to their faith, their ability to meet their deaths bravely declaring their unwavering belief in Jesus.  This testimony to God, in the face of affliction, affected many. The Christians understood, death was not the worst thing that could happen.

In the book ‘Where is God in our 21st Century World?’ there is a chapter entitled Suffering and Death.  In writing it I did not want to shirk the question of an absent God.  This was my response.

Absent when most needed.

when the baby died

the father didn’t walk away from the car

the fire came and all was lost

Absent when His friend died

The anguish in the garden, when blood filled his pores.

The darkness of death made darker still

when God is not there when needed.

There is an outlandish God who promises presence without

delivering the performance we want.

A preposterous God who loves to the point of death.

In a world of tears there is laughter to be found. On the sound

of the poor, the broken, the children, the madmen and the fools

skims the Presence who hears the unlikely, the least and the lost

and weeps until there are no longer tears, because in the midst of

death He is always present to bring life.

In silence let the stones cry out. 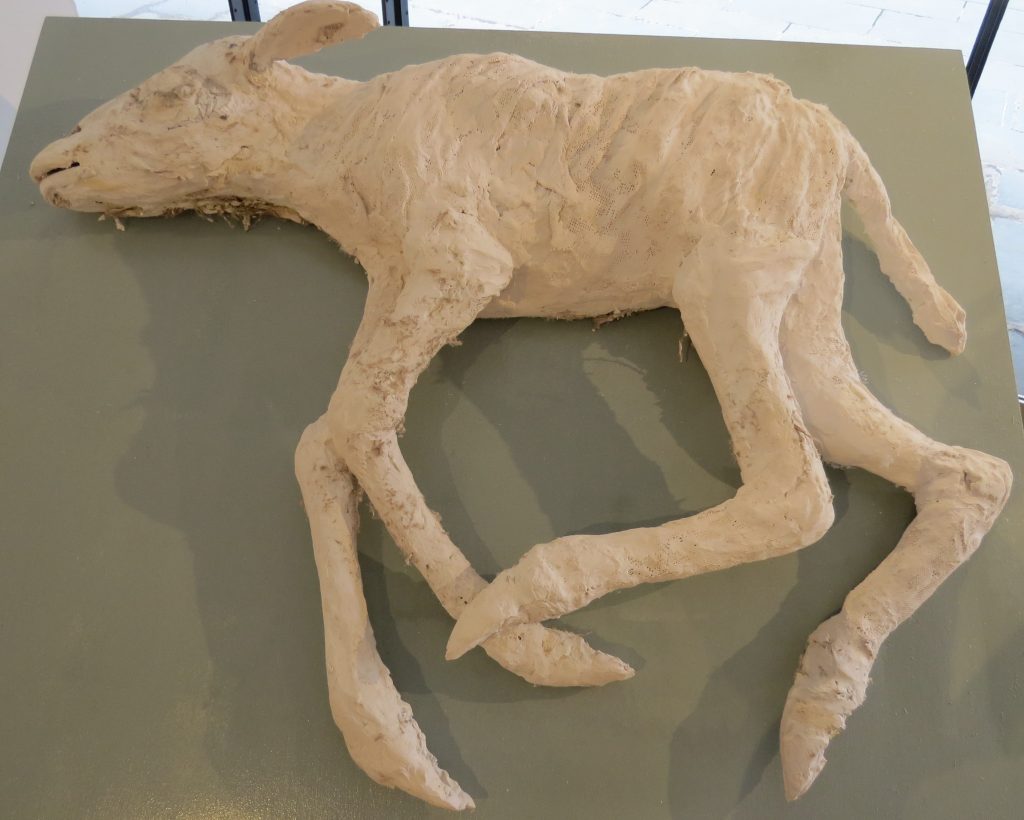 The Other Lamb by Marjan Wouda

A new-born lamb, sleeping or maybe stillborn, is unsentimentally displayed twice life-size. It seems to be stretched out on some kind of altar. Perhaps it is a sacrifice.  If so, to what, and for whom?