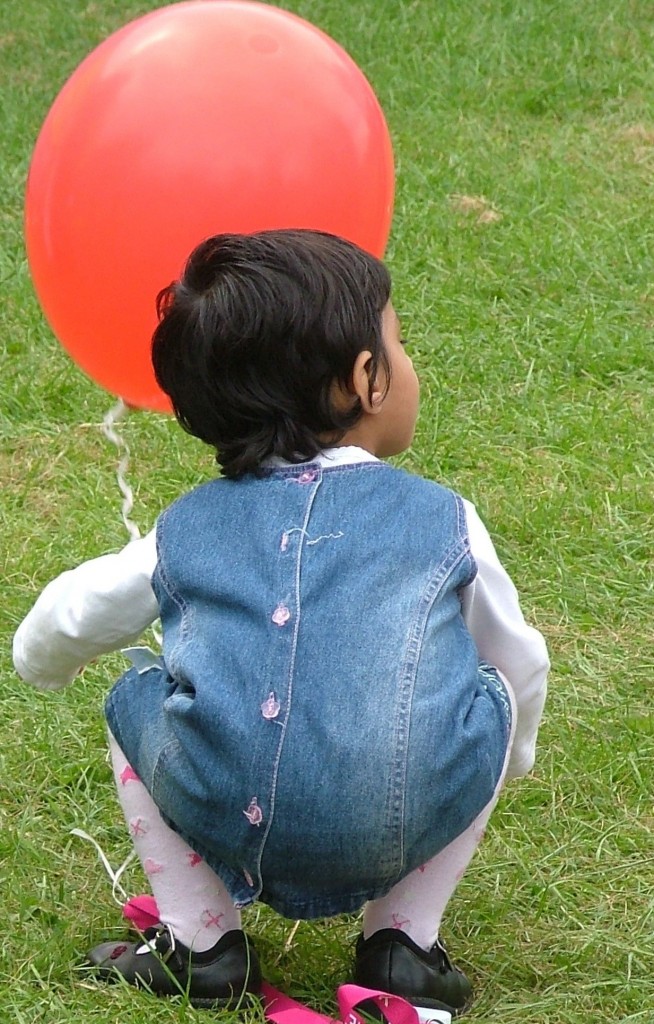 The child was there again, crying. It was so difficult to concentrate and she couldn’t stand the noise.  Theresa spoke sharply to the seven year old and the cries turned swiftly to sniffs.  But it didn’t move.  It just sat there in the middle of the disarray that she was trying to clean up.

Her house had been a mess for as long as she could remember, but finally she had found the strength and was doing something about it.  She had gone to the shop and carefully ordered wallpaper, paint, sandpaper, filler, masking tape and this time she was determined that things were going to be different.

Where had she got her energy from? She tried to remember. Of course, Sharon her cousin.  Sharon’s house was picture perfect.  Tasteful colours, some immaculately modern furniture with a touch of 70’s chic. A fifties chair, an old, well-placed wall clock, a striking modern print, a perfectly positioned object d’art and there was no clutter. The only ‘pile’ on view was the one on the exquisite late Edwardian desk which was where Sharon sat with her laptop.

She looked at the snivelling child and told it to get out of her sight.  The child said she wanted to help but she couldn’t stand the thought of that.  Little fingers trying to paint and messing it all up. No.  She told her to go to her room and dutifully, without another word the child left. She uttered a sigh of relief wanting to immerse herself totally in her redecoration.

She had done a lot of preparation on the walls filling in the holes.  On the skirting board she had lined the edges with masking tape and had finished all the paintwork except for the doors.  She was going to leave those till last.  She had carefully laid out the trestle table, cut her first piece of wallpaper and now, brush dripping she liberally covered the back of the paper with wallpaper paste.  Carefully she turned over the bottom to stick it temporarily to the sheet, then she picked up the top, walked up the A frame ladder and cautiously applied the paper to the wall.  She was gratified that her patience with plumb line, tape measure, ruler and pencil meant that the edge aligned perfectly along the picture rail, dropped pleasingly straight against the corner, and when she brushed the paper flat it was quite perfect.  As she stood back and admired her handiwork she welled-up at the sight of the trees on the paper standing straight and pleasing.

The child started to wail asking to come in.  She ignored her.

A couple of hours later she had finished the wall.  She was now going to tackle the other three walls.  For those she had chosen a particularly attractive paper of palest green that she hoped would be enlivened by the delicate green in the leaves of the silver birches that now adorned one wall.

She was starving.  She had been working solidly since eight o clock that morning.  She had bought herself a particularly lovely lunch thinking she would need a treat.  It was salmon with a watercress sauce and she planned accompanying it with new potatoes and a sprig of broccoli. Colour was important in food.  She went into the kitchen, put the potatoes on to boil with a timer so she could then steam the broccoli and cook the fish at the same time.  Annoyingly the child appeared at the door.

She was a sad little thing with lank unwashed hair, her frame, skin and bone.  Her eyes looked preternaturally large in her face.  She knew she shouldn’t cry or whine so she asked very politely if she could have some food and she was also very thirsty.  Theresa looked at her and after a moment’s thought she went to the bread bin, took out some bread and handed it to her.  She also got a plastic cup and filled it with water which she put on the table.  The child quickly scrambled up on a chair and started to eat hungrily.

Theresa watched her dispassionately.   She had already made her decision.  She went to the fridge and brought out some cheese, cut a lump and placed that on the plate as well.

She didn’t like the child.  It was quiet for much of the time, but she hated it when it started to cry or demand anything of her.  She tried to have as little to do with it as possible.  It would wake her in the night and terrify her with its presence.   She never knew what to do with it.  Her heart was thumping so fast that she would shout at it to get away and leave the room.  She would then have to turn on the light, and would find herself sitting up reading for ages unable to settle again.

Something about it made her feel unutterably sad.   She hated that it looked so wrecked. It wasn’t a pretty child, one that you would want to have around you. It wasn’t happy, ever, although when she shouted at it to stop crying it would usually obey.  She knew it wanted to be friends, but under no circumstances was she ever going to let that happen.   It would start to talk to her and tell her a story.  A story that was so obviously a fabrication. Something about its father.  She loved its father very much even though they no longer lived together.  She still found their separation difficult. The sense of loss had been overwhelming at times, but she had made some strong decisions.  The redecorating was one of them, the other one was about the child.

She enjoyed her lunch enormously, particularly when the child had finished and she told it to go into its room. She had cooked the fish to perfection and the sauce was delicious.  She had indulged herself with the new potatoes because she figured that decorating used up a lot of calories. She looked at her watch.  It was time to move on.

In the room she had arranged for a stud wall to be built in front of the existing wall.  She wanted to make a cupboard with a small entrance.  She had made sure it was insulated as it was an outside wall and she had also insulated the stud wall. She wanted no heat loss and sound-proofing.  It seemed a good way to create a very unobtrusive space.  One that no-one would ever find.  She left this wall until last to wallpaper recognising it might be the most difficult wall to finish well.

She stood back. The other three walls were now complete and she was delighted with the effect she was creating.    She lived in a Victorian two bed terrace cottage.   Upstairs her large bedroom, a smaller single room and a lovely airy bathroom.  Her bedroom was now delightful with a beautiful Designer’s Guild pale flower paper and matching curtains with palest turquoise paintwork.  The other room was white with a stunning blue eiderdown and matching blue flowered curtains.  The bathroom all white with travertine tiles on the floor, a power rain shower and the luxury of a deep compact double hip bath straight to floor with a roll top.  Downstairs a small hall led into a lounge/dining room having had the dividing wall removed.  This then led into a charming kitchen that overlooked the cottage garden.   The kitchen was fitted with simple white units, duck egg blue tiles, freestanding compact fridge freezer and thankfully managed to incorporate a compact dishwasher.  Quarry tiles covered the floor.  The backdoor was appealing with a stable door. She had had her garden redesigned with a combination of sandstone paving, well thought out borders, a garden seat under an arbour of sweet smelling climbing roses and a tiny thyme lawn.  She was almost there with her complete redesign.   Almost ready for her viewing date when friends, family and particularly Sharon were invited to toast her revitalised and rejuvenated self.

She called the child into the through-lounge.   The normally obedient child failed to appear.  She called her again saying that there would be trouble if she didn’t show herself immediately.  The child began to cry but did not come down the stairs.  Slowly Theresa walked up the stairs and found her in the bathroom trying to hide in the bath.  Without a word Theresa picked her up, she was as light as a feather, and walked down the stairs the child under her arm.

Once in the room the child began to get hysterical.  Without pausing, Theresa pushed the child into the hole in the wall.  Once inside the child suddenly stopped making any noise at all and the silence was eerie.  Theresa took the cover and put it firmly in place.  It worked a treat she thought.  She had only to secure a few screws and the job would be done.

She saw him when she turned. She had glanced through the patio doors that led out into the garden from the dining room.  She knew he would walk right in. He did.

“How are you?” he asked. “I can see you’ve been working very hard.”

“I’ve almost finished. I’m pleased. I feel renewed, whole, ready for anything. Why are you here?”

“I was concerned about you.”

“Don’t be” she said quickly.

“But you weren’t were you when it counted.”

He could not be allowed to interfere. She had worked too hard.  She could never go back to the incapacitating horror of breast-beating grief.  She had wanted to die and thought she could not recover.

They both heard it at the same time.  A muffled sound.  A bit like an animal under the floorboards.  He looked at her intently but she looked straight back at him, defiant, untouched, determined, set. He walked through the room into the lounge area. He noted the beautifully decorated walls but it was to the final wall with the cut out cover that he turned his attention.  He put his ear to the wall.  Then he prodded the unattached cover which twisted proud of the wall.  His fingers grasped it and it came away in his hands.   He put his whole head inside the cavity.  He could see nothing but a shadow, but heard her whimpering.

He put his hand inside but he couldn’t reach her.   He stepped over into the cupboard, knelt down, inched forward a little and held out his hands.

“Sweetheart…”  He crawled towards her again.  There wasn’t a lot of room

As quickly as she could Theresa thrust the cover back in place.  She took a screw and fastened it.  She took another and bolted that it place. She heard him banging the wall but ignored him.  Within moments all the screws were in place.  She turned on the radio – loudly.

Within an hour she had papered over the wall completely and everything was finished. Resolutely she cleared away the ladder, the pasting board, the paste bucket, the brushes, the scissors, all the paraphernalia of wall-papering.  Muffled noises, bangs were evident, but she ignored them altogether.

She returned after a week in Wales staying with her friend. It had been an open invitation to visit when she finished her complete redecoration.

The housewarming party to celebrate her refurbishment was a great success.  Everyone remarked on the beauty of her colour palette, the luxury of the bathroom, the fresh airiness of the kitchen and the beauty of the garden.  They particularly complimented her on her wallpapering.

She told everyone that she thought she had mice, but no-one heard anything at all.  Eventually even the mice submitted to silence.  She looked forward to a perfect, long and severed life.

The brief was a short story of up to 2000 words on the subject of ‘murder’.