This Christmas I visited Sierra Leone for two weeks.  My husband and I stayed our daughter and her husband who work there .  It has a chequered history.

In the late 1800s the British inhabited and governed Sierra Leone.  Freetown was created as a haven for freed slaves. The British were there to develop mining and other industries.  To live there, they needed housing.  Remarkably, they approached Harrods to pre-build a house.  This they did, compacting it for shipping to Freetown.

Today the houses remain striking but suffer from decay.  Situated high above Freetown, they enjoy stunning views, away from the noise and bustle of the city.  Now owned by the government they are rented to government workers.  I imagine the stilts they rest on are because of the deluge of water in the rainy season.  My daughter says the rain pours like a never-ending power shower.

The house pictured is typical of these ‘Harrods’ houses. 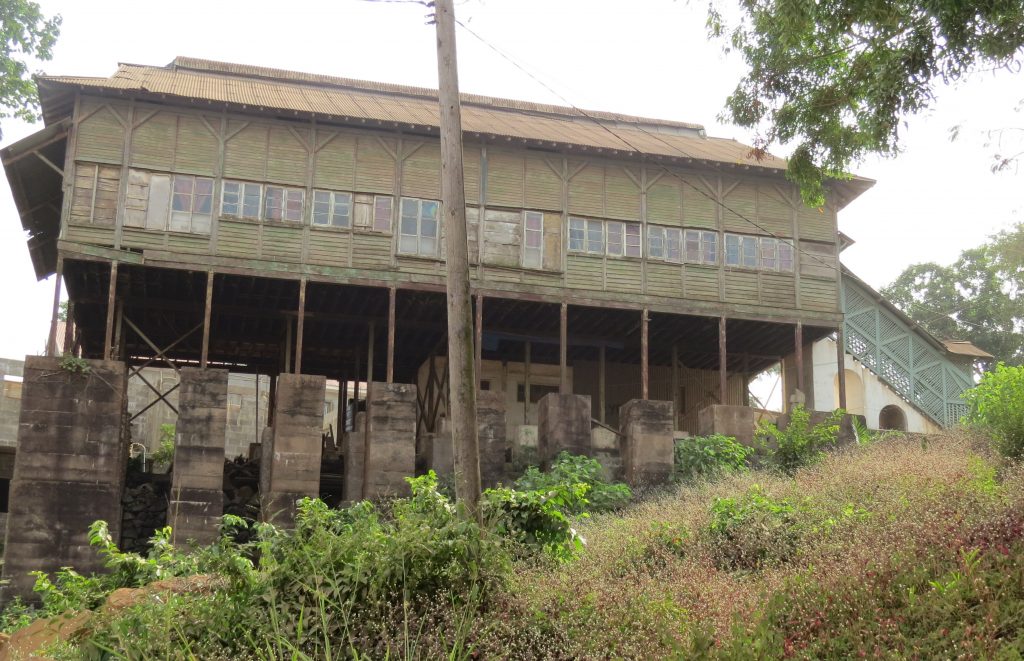 However, there are many other wooden homes scattered across the chaotic capital Freetown.   They could belong to the east coast of 18th century America.  They are a living link to the past.   Sadly, I don’t think they will last much longer. 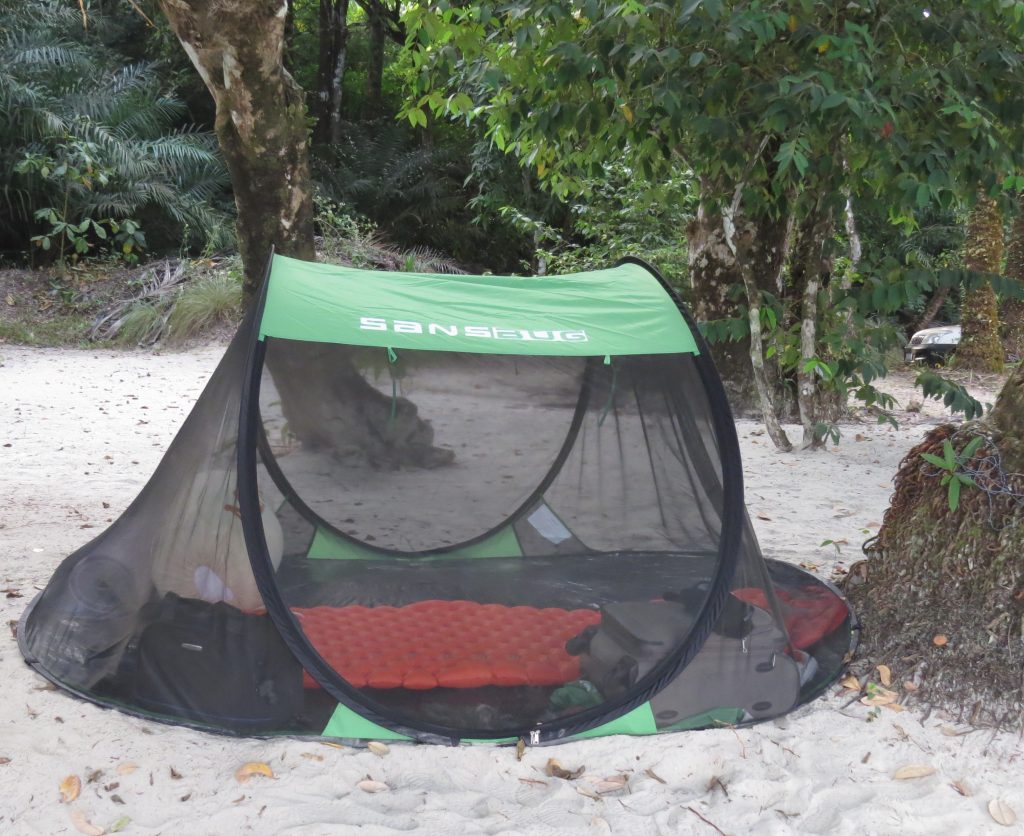 One of the highlights of our holiday was spending three nights camping on what is known as the ‘British’ beach.  Our tent only a mosquito net so we could lie back and enjoy the loveliness and shapes of the trees and vegetation illuminated by the large, incandescent moon.  So bright it made it difficult to see many stars.  I didn’t sleep particularly well, but the upside was seeing the moon set and enjoying looking up at the majestic palms.

Sierra Leone is so poor it remains relatively unspoilt with glorious beaches.  A country with so much to offer in need of strong government leadership to improve the standard of living for everyone.

Our beautiful beach although the harmattan had arrived, so the air was full of Saharan sand. 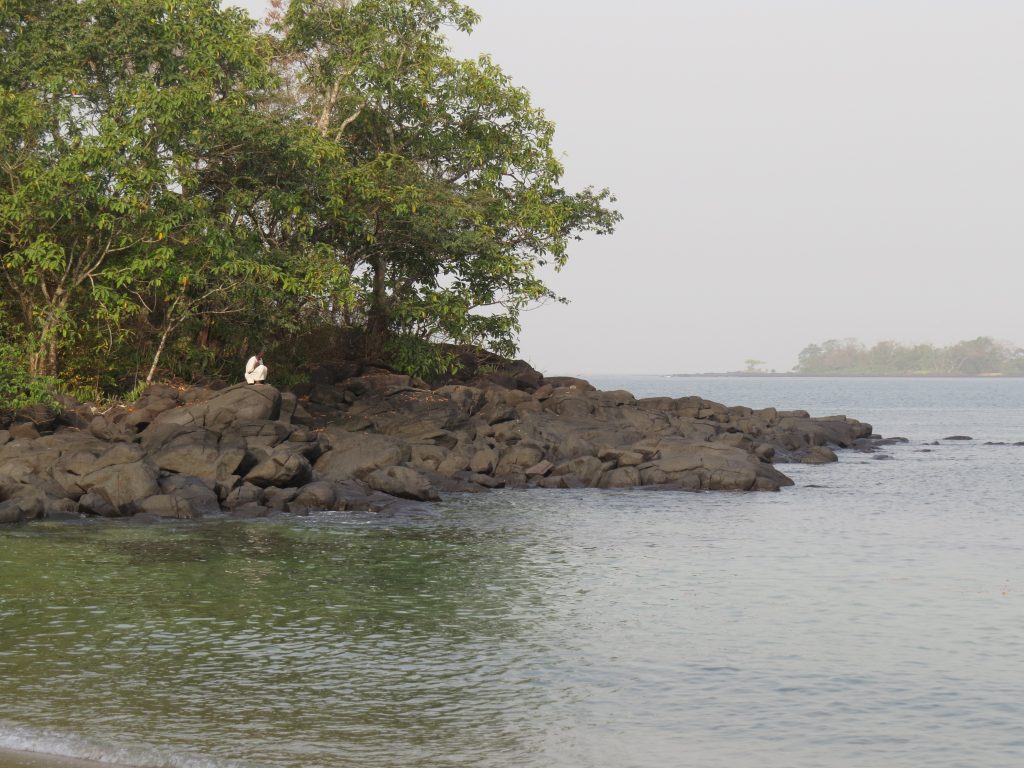