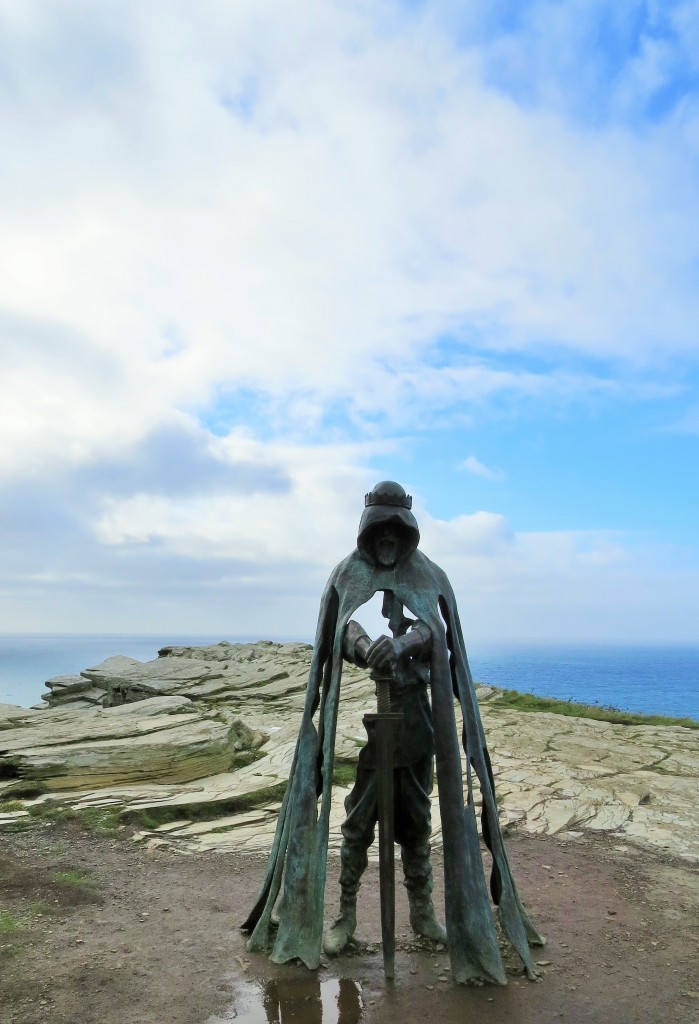 I look confident to other people, but I am the sort of person who can get knocked off my perch so easily. As soon as that happens then the voices begin. They say ‘I am no good’ that ‘I could never hope to finish what I have in my hands’ that ‘I might as well give up now’.

It happened the other day.  I was told that the project I have been working on for months was unlikely to proceed.  At that point I spiralled down into an abyss and agreed in my spirit it was probably best to stop.

The next morning I thought no, I will not give up. This is what I am supposed to be doing. I can do this. I will do this.  Somehow  iron had entered my soul. A fresh determination had filled my being and I spoke to the heavens. ‘No’ I said, ‘I will do this’.  I made a phone call. The iron in my soul transferred into another. Together we planned a pathway.

Arthur standing on the cliff-top in Tintagel has wind blowing through him. The elements are strong against him, yet still he stands. He is made of iron.

May I and you be built to withstand the storms.

May we refuse to give up.

May we say ‘No’ into the heavens and fight on.

May God put iron in our soul whatever cliff we might find ourselves upon.